How To Solve The Biggest Problems With Farm Raised Shrimp 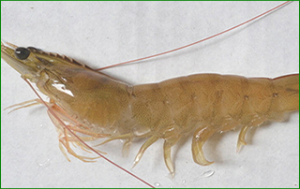 The biggest problem with shrimp farming is disease. We summed up the customer often asked the disease, as well as our probiotics solution.

1. Virus disease: symptoms include hepatopancreatic enlargement, white, red, red tail, body color change teared, sick shrimp do not eat or eat a small amount, slowly swimming in the water, fishing water after death, Most of the diseased shrimp side of the death, part of the disease shrimp shell and muscle easily separated, the head of the chest armor has white spots, sick shrimp intestinal redness, and swelling, etc .; preventive measures, including the adjustment of shrimp pond water quality and stability, PH maintained at 8.0-8.8 , Ammonia nitrogen 0.5ppm or less, the transparency to maintain 40-60cm, the use of Golden Shell and other high-quality microbial agents, feed added VC, VE, immune polysaccharides and other nutritional fortification and immune enhancer, using PVP-I, quaternary ammonium salt complex iodine Pool spilled disinfection.

3. Ciliosis: the incidence of organic matter and suspended solids and excessive water and the number of external environmental water is more relevant; not yet fully effective to kill drugs; strategies include different drugs to try to keep fresh water, Follow the natural demise process (shrimp and crab after shelling disappeared), slowly transferred water, do not rush.

4. Red body disease: ammonia is too high or nitrite poisoning, the performance of large tentacles and tail fan red, into the water can be restored, countermeasures, including water, zeolite powder, AN Pond Cleaner and other microbial agents; Vibrio infection, Performance for the legs, gills, body red, countermeasure for disinfection and drug treatment, with microbial agents; virus disease, manifested as physical redness, should be the main measures.

5. Shrimp pond: lack of feed or poor quality, showing a regular group swim, when the time nowadays, tour stop, countermeasure for the timely bait or switch to high quality with feed; the bottom of the deterioration, poor water quality, performance Irregularly swim on the surface of the water, for a long time does not sink, countermeasures include changing the water, the use of quicklime, zeolite powder, micro-ecological agents, oxygen as soon as possible to deal with the substrate; water hypoxia, the performance of a long time floating in the water, (Bacteria, fungi, heavy metals, etc.) were the right medicine; virus infection, the performance of no direction, the direction of the disease, the same as the lack of oxygen, Not groups, slow swimming, sometimes on the red body, the countermeasure is the main prevention, as soon as possible.

6. Shelling difficulties: one reason for the speculation that the water Ca, P, Mg deficiency, including high-density breeding in a large number of shelling and water content of P is too low, and the lack of fresh water itself P, Mg, etc., Brine, seawater, salt, etc., and other reasons include water quality deterioration, poor feed or insufficient feeding, high density, sudden change in water temperature, and drug effects.

7. Abnormal weather death: the reasons include the pool of pollutants thrown, a large number of beneficial algae death, environmental factors caused by mutations in shrimp stress response, due to changes in algae caused by alkalosis, brackish water layer caused by hypoxia. The measures include the use of microbial preparations before the rain, the rain to open all the aerator and discharge the surface of fresh water, rain after the detection of PH value of the pool, the use of lime 15-20 kg / mu, 6 hours after the use of zeolite powder 10-20 kg / Immediately after the fertilizer, add microbial agents.