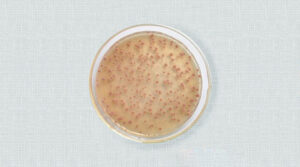 So far, in a large-scale, intensive aquaculture model, it is quite difficult to obtain successful aquaculture without the water purification effect of nitrifying bacteria.

What are nitrifying bacteria?

Nitrifying bacteria are a group of bacteria that use ammonia or nitrite as the primary energy source and carbon dioxide as the main carbon source.

Ammonia nitrogen and nitrite are both toxic substances produced in aquaculture systems, and nitrite is also a strong carcinogen.

1. Reduce the content of nitrite in water and maintain the growth of aquaculture.

Nitrifying bacteria convert nitrite to nitrate, reducing the content of nitrite in water.

And maintain the growth of the aquaculture.

The best carbon source is carbon dioxide, and the best nitrogen source is a mixture of ammonium and nitrate with a mixing ratio of 1: 4.

As this ratio changes (other growth conditions remain the same),

And maintain the health of the dominant algae.

This can keep the beneficial algae in an advantageous position.

And inhibit the growth of harmful algae through biological competition, and prevent water aging.

The main reason for the increase in pH of water is the high ammonia content in the water.

In this case, even if an acidic substance (such as oxalic acid, lactic acid, citric acid, hydrochloric acid, etc.) is applied, it can only be temporarily controlled.

On the other hand, ammonia nitrogen is transformed into nitrite and nitrite into nitrate under the action of nitrifying bacteria.

This process is an acid-producing process that produces nitric acid.

Nitrifying bacteria can reduce both the symptoms and the symptoms, and the maintenance time is longer.

Notes on the application of nitrifying bacteria in aquaculture:

1. Do not use it at the same time with disinfection and sterilization agents.

In order to avoid killing water purification bacteria, remember not to use at the same time with disinfection and sterilization agents.

If it is necessary to use a germicidal agent or a fish disease treatment agent, wait for at least one week before using the water purification bacteria.

2. Pay attention to adjusting the temperature suitable for bacterial growth.

During the use of water purification bacteria, it can effectively control the most suitable water temperature conditions.

For example, photosynthetic bacteria can normally grow and reproduce in the range of 23-29 ° C.

When the water temperature is lower than 23 ° C, their growth gradually stagnates, so the use of this type of bacteria in the water below 23 ° C is less effective.

During the use of water purification bacteria, attention must be paid to the changes in pH and pH of the water.

For example, freshwater nitrifying bacteria have the best effect when the pH is equal to neutral and the worst effect in acidic water.

Therefore, if the water quality in the aquarium can be adjusted to neutral or weak alkaline, its water purification effect will be better.

Photosynthetic bacteria are most effective in water with a pH of 8.2-8.6, so it is more suitable for use in marine aquaculture.

4. Pay attention to the compatibility of bacteria.

If you want to stock different water purification bacteria at the same time, pay attention to the compatibility of bacteria.

If you want to know more about Nitrifying Bacteria in Aquaculture.